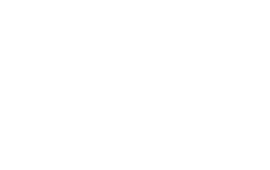 Dine on Delicious Fare without Having to Leave the Hotel

At Ottawa Embassy Hotel and Suites, we understand that great dining plays a key role in any travel experience. Whether you’re visiting to see the sights or do a little business, we make it easy to enjoy a great meal without ever leaving the hotel. Come right downstairs to try the new menu in the contemporary and inviting Cooper’s. During the warmer months, Cooper’s outdoor patio is the perfect downtown gathering spot. On the run? Take your meal to go in one of their eco-friendly food containers. If you’re looking to sample a taste of Ottawa, we’ll be happy to recommend our favorite nearby restaurants.

Jason Duffy is one of the National Capital Region’s top culinary talents. His passion for the industry began in his teen years in Gatineau and evolved into studying French cuisine at Montreal’s Institut de tourisme et d’hôtellerie du Québec. Jason’s studies led him to an apprenticeship in France where he learned local cuisine, creating innovative menus and, more importantly, how to run a restaurant. Upon returning to Montreal, Jason apprenticed at the Fairmont Queen Elizabeth prior to undertaking a highly sought-after position at Le Café Du Nouveau Monde. Jason’s culinary journey then took him to the trendy Boris Bistro where he garnered excellent reviews, thus beginning to make his mark on the industry.

A few years later, Jason moved back home to Ottawa-Gatineau where he helped open Sterling as its sous-chef, establishing the chic steakhouse as one of the top restaurants in the region.

Following an invitation from then Executive Chef Jean-Pierre Bourghart, Jason joined the team at ARC The.Hotel in 2005, rising to become its Executive Chef one year later. His passion and creativity helped establish the ARC as the go-to for high-profile events, including festivities for the 2012 JUNO Awards and 2011 Genie Awards. Among his numerous achievements, Jason took home the silver medal at the Gold Medal Plates in 2012.

Seeking new challenges, Jason moved to the Delta Hotel in 2015, prior to joining the team at Embassy Hotel & Suites two years later. The opportunity to join General Manager Colin Morrison, formerly from ARC The.Hotel, in building an exciting new culinary brand, was one Jason could not pass up. Jason’s innovative menu at Cooper’s is trendy yet approachable, with an undeniable flair.

Try our new menu! With its contemporary style and casual vibe, Cooper's is the perfect setting for a hearty breakfast, casual lunch, after work cocktails or a relaxing dinner.